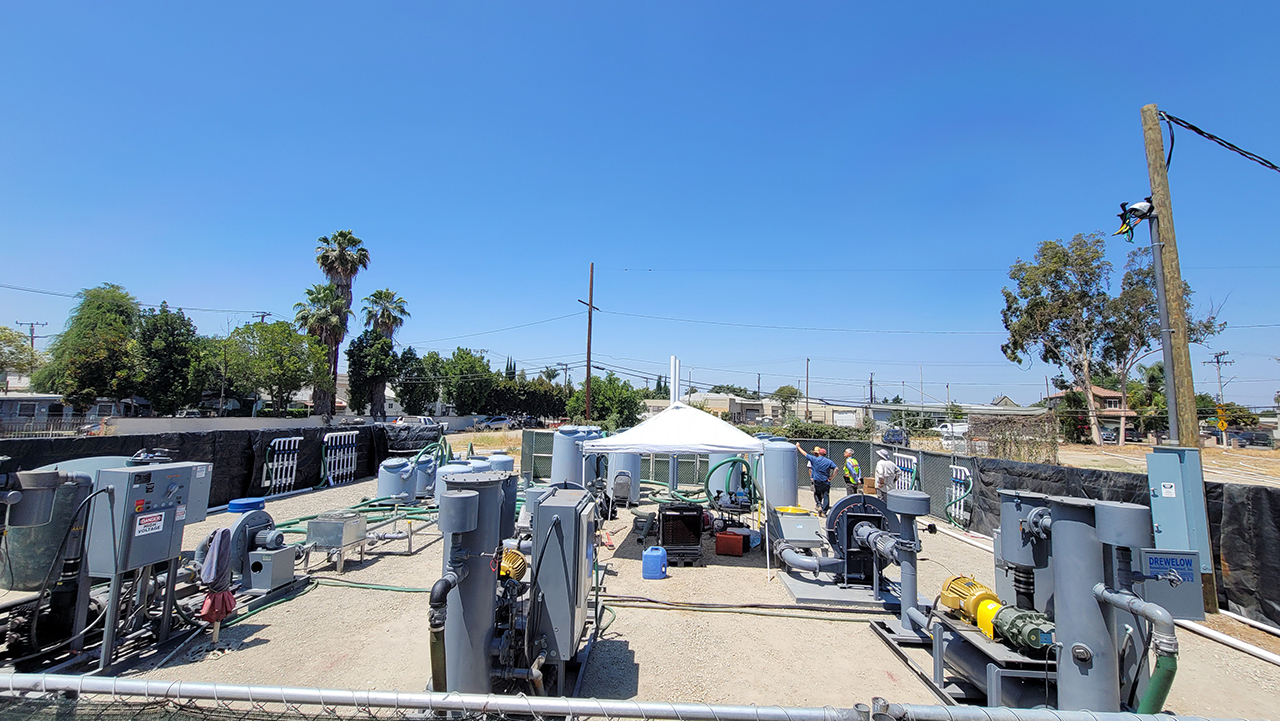 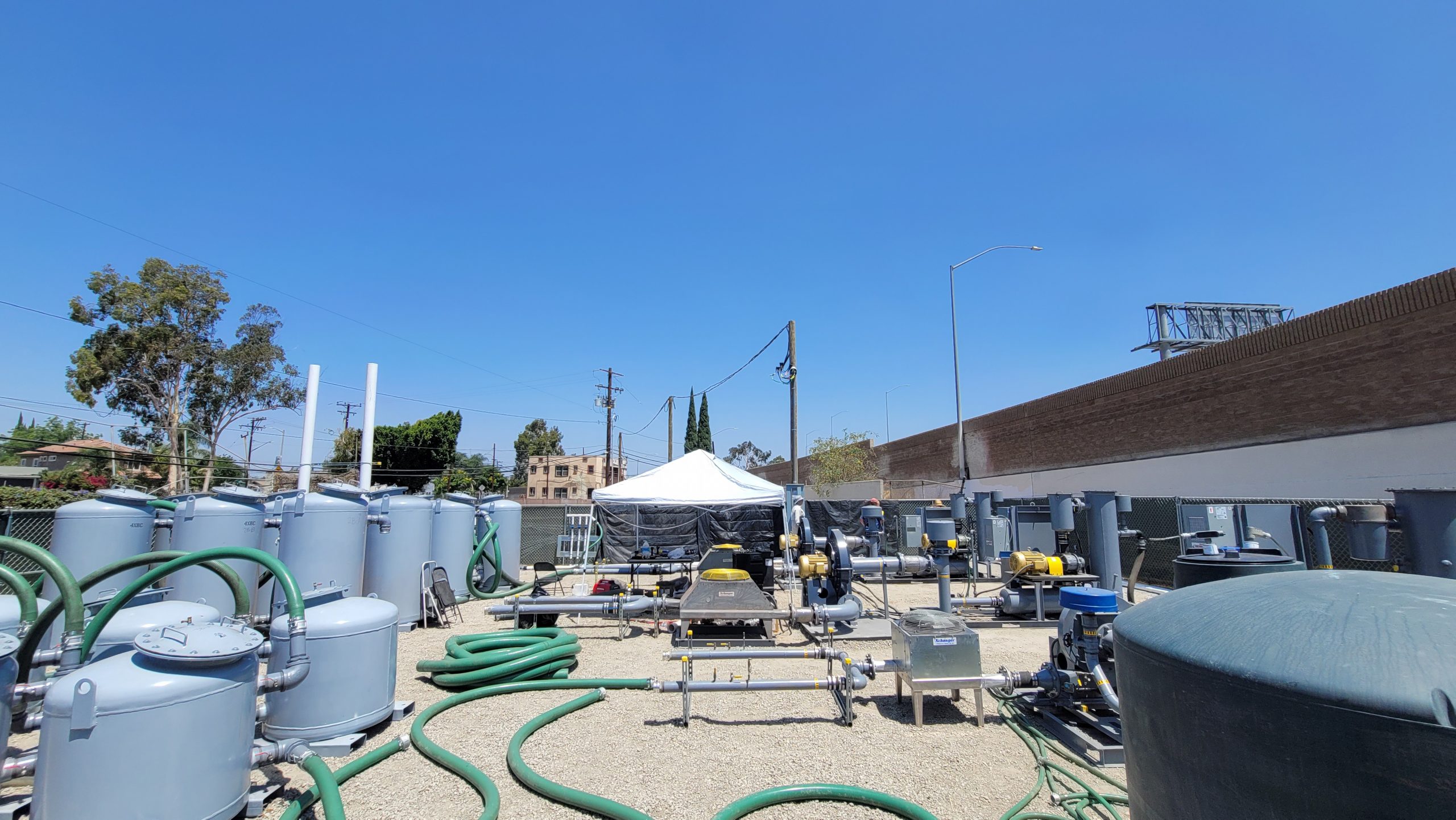 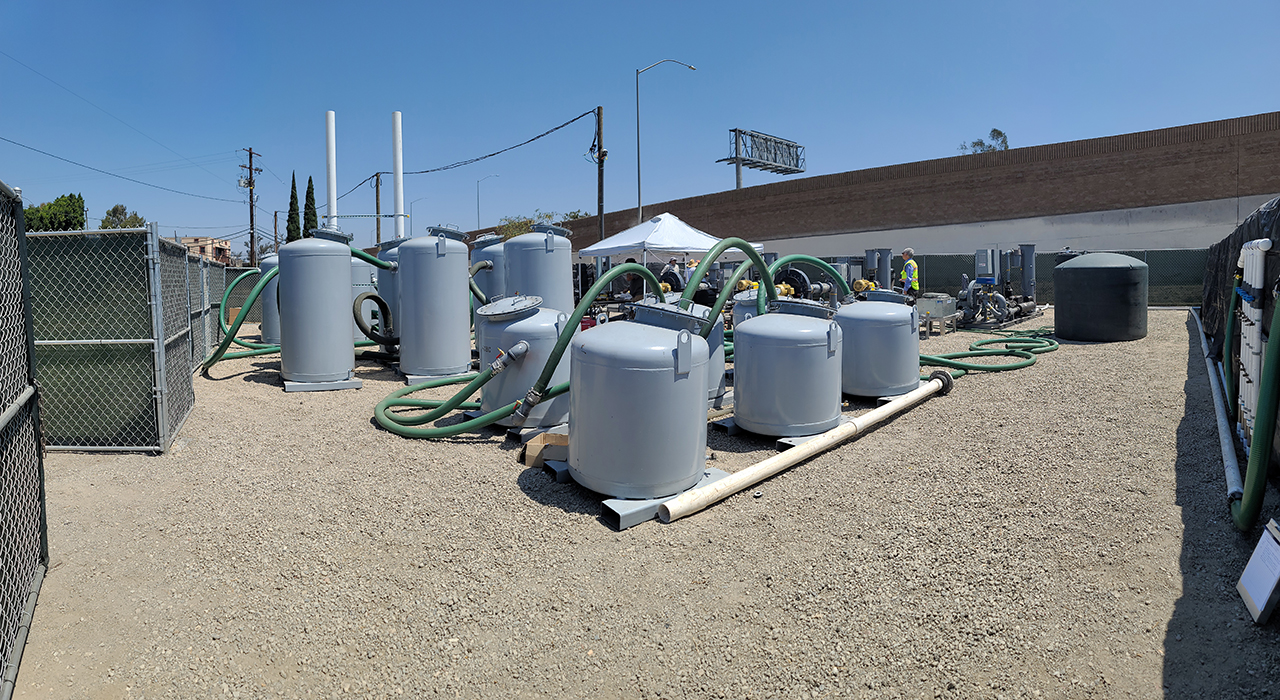 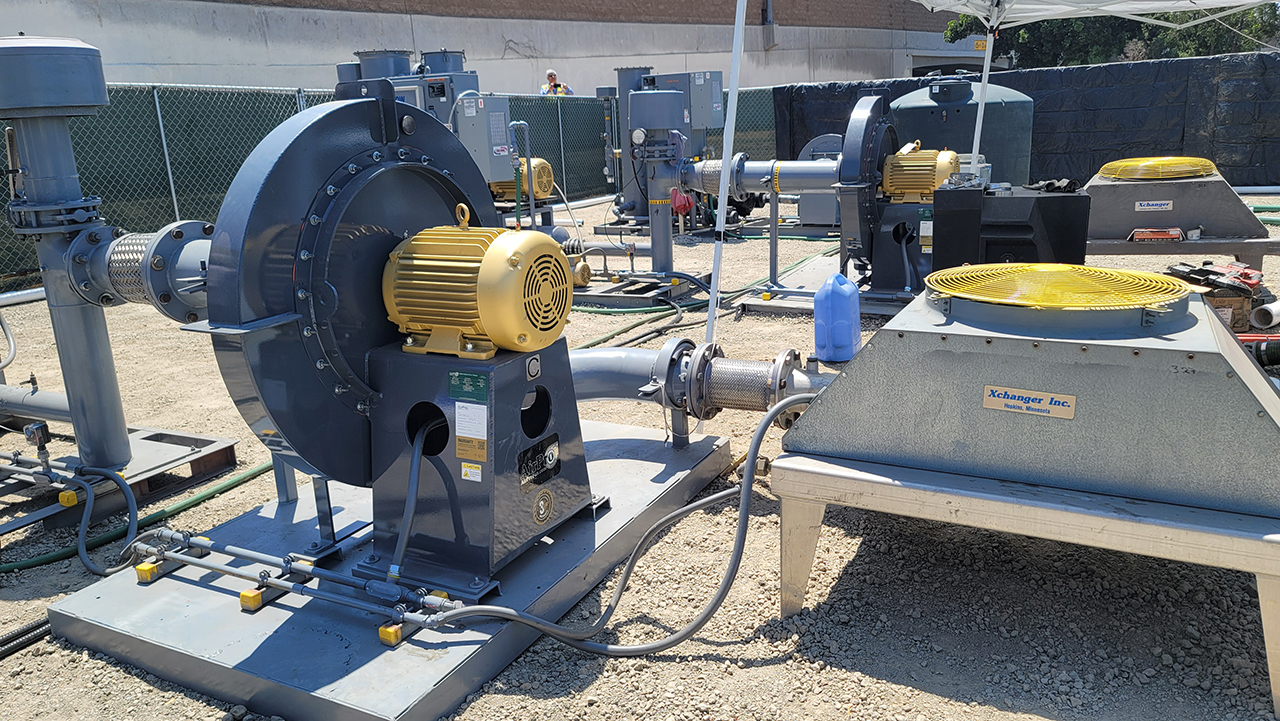 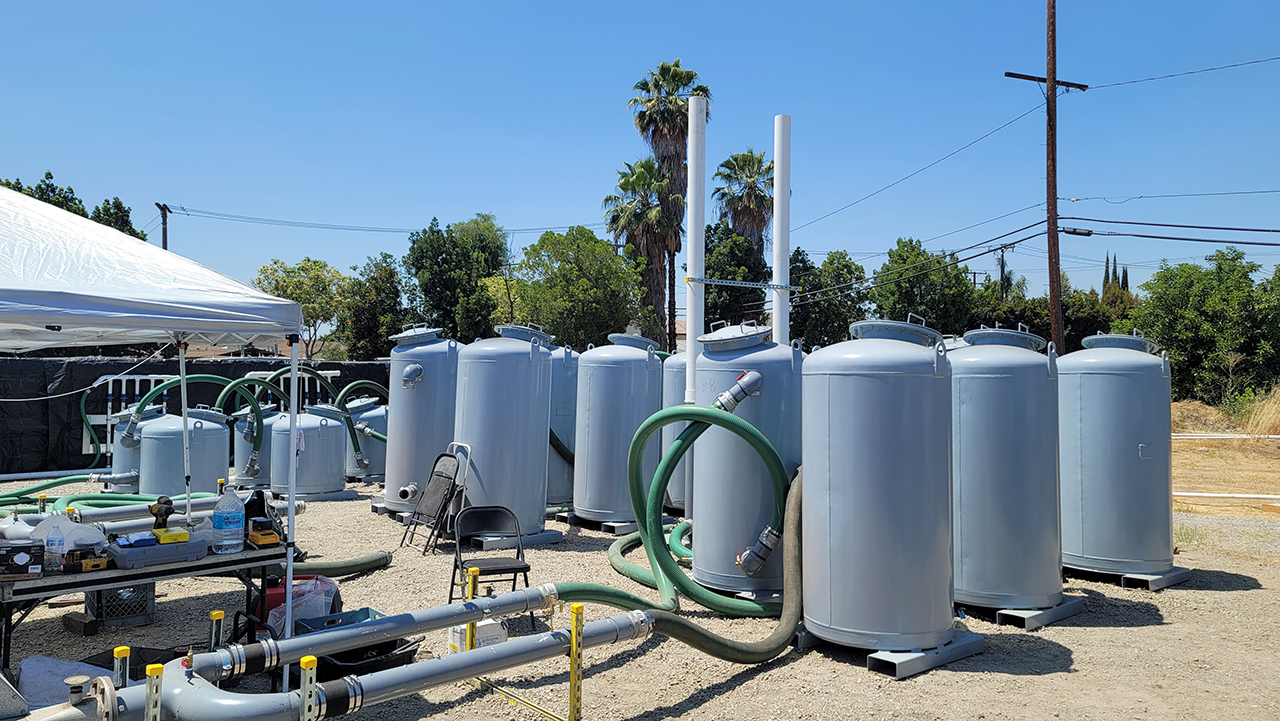 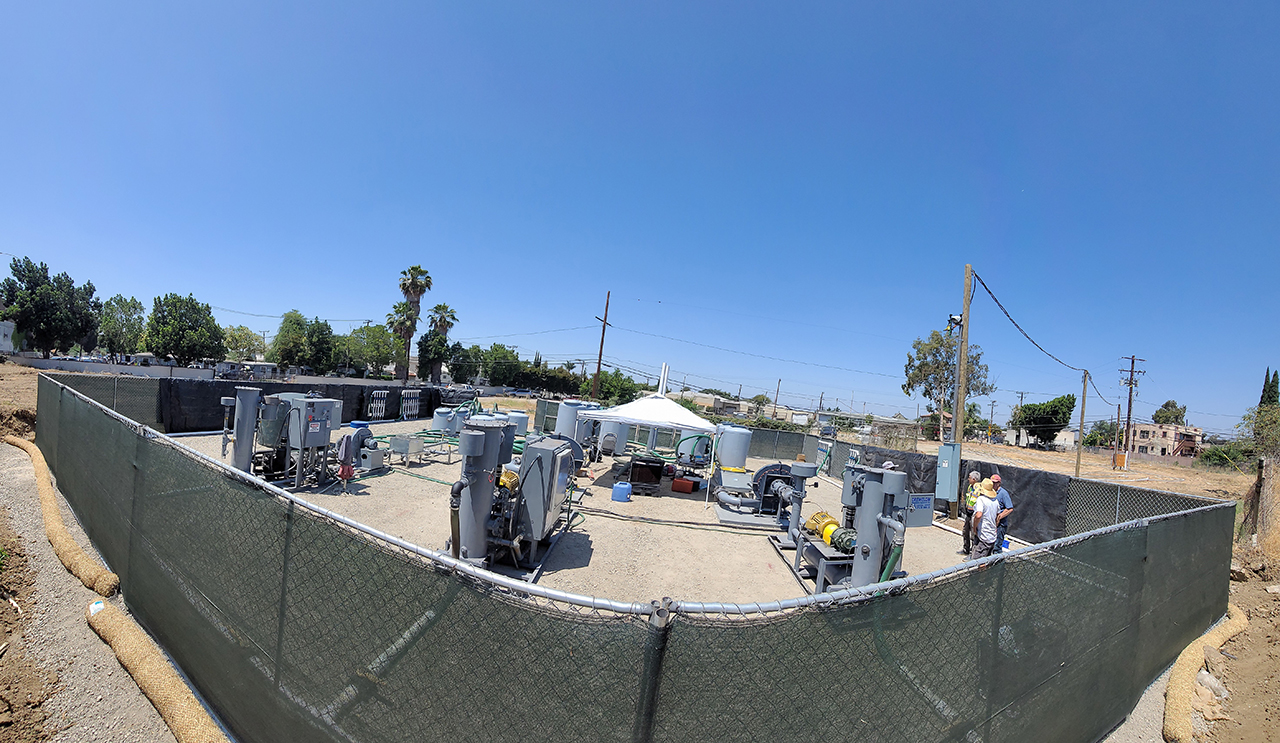 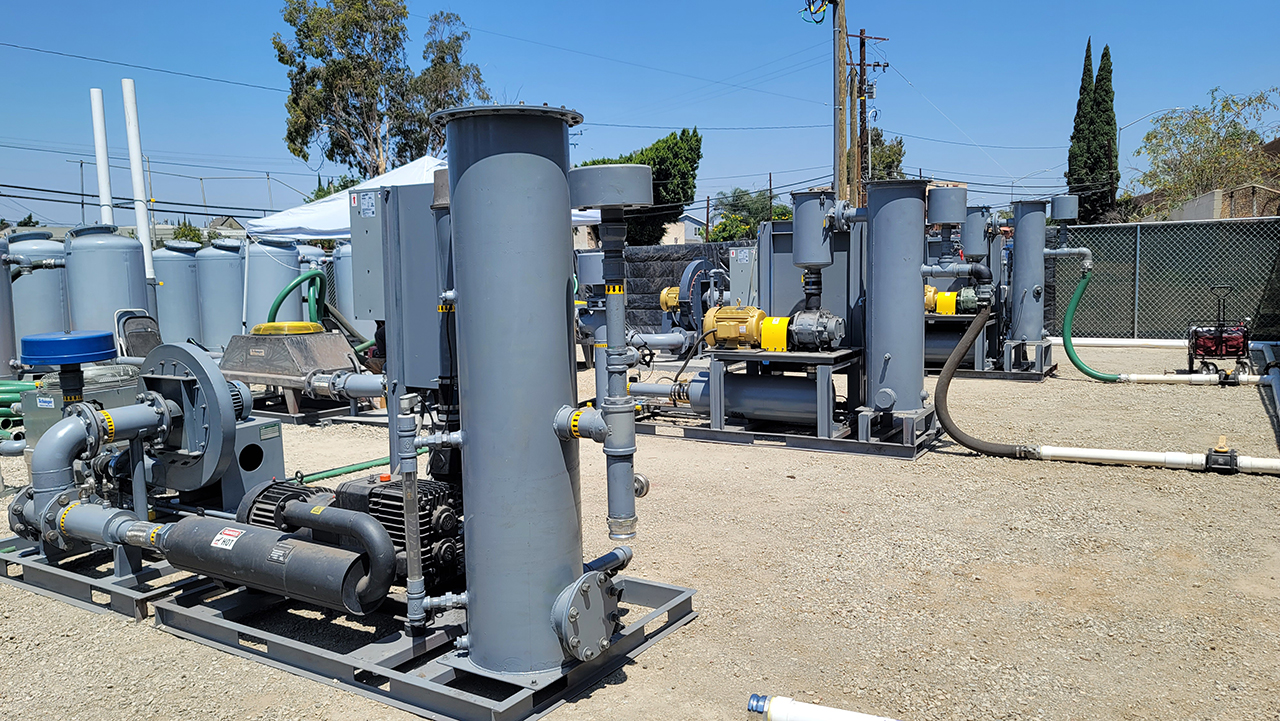 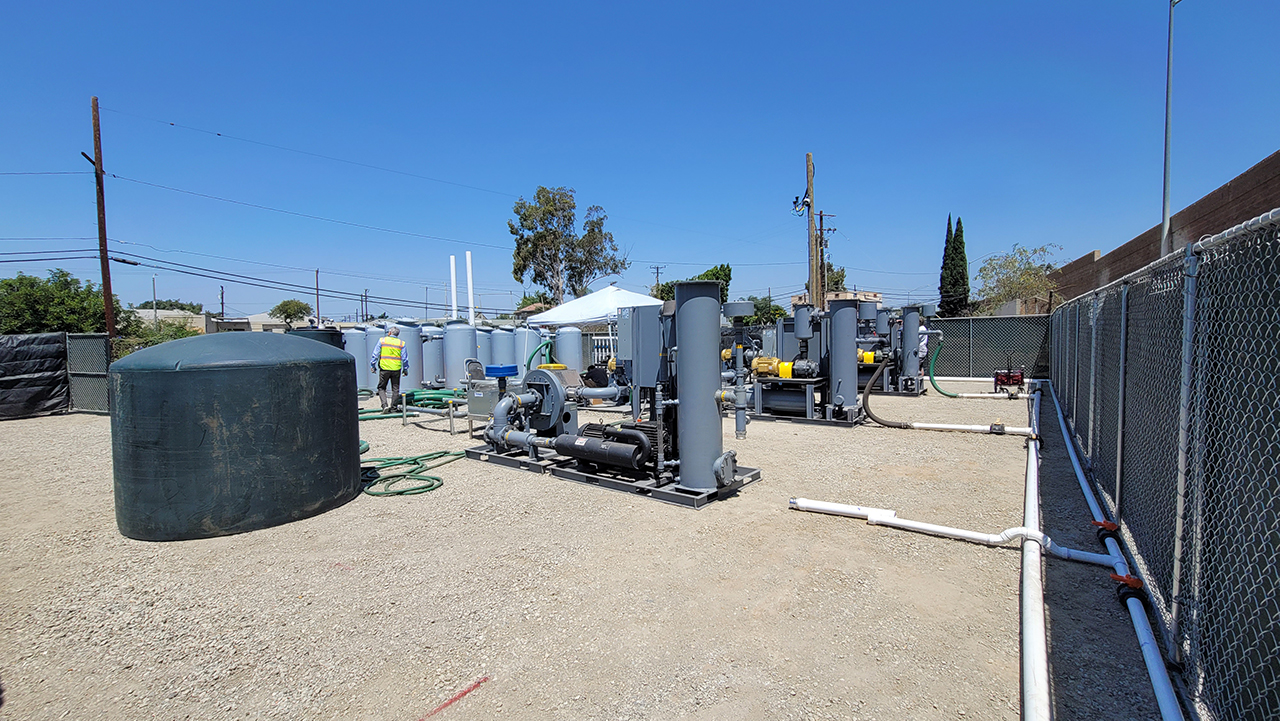 Sunpeak Construction was retained by GSI Environmental and the City of Los Angeles for a Vapor Extraction and Remediation project in the City of Commerce.

This site was previously used for manufacturing, fabrication, and storage of metal products for industrial use and was contaminated with certain solvents, toxic or corrosive chemicals.

Sunpeak Construction mobilized on-site and complied with all 1466 AQMD Rules & Regulations and SWPPP such as providing dust monitoring during the excavation and trenching, installing Straw Wattle around storm drains for BMP (Best Management Practices), and temporary water to control fugitive dust during excavation, grading, loading, and hauling operations.

Sunpeak started with clearing and grubbing the site, excavation and grading to create a flat pad for the compound area for placement of vapor extraction motors and vacuums.

All excavated areas were protected with barricades per OSHA Standards and then property backfilled and leveled. The pad was covered with 8-inches of gravel, sands, and recycled crushed miscellaneous class II base and compacted to over 90% Relative Compaction. Wells were drilled at various depths and locations on the property for taking soil samples, testing at the laboratory, and overall profiling the soil conditions.

The scope of drilling, sampling, and profiling soil was performed by GSI. After determining the existence of VOC (Volatile Organic Compound), PVC pipes were driven into the ground at various depths with removable caps for future air sampling, testing, and overall profiling of the soil.

All these well pipes were connected to horizontal PVC piping and brought to a central location at the compound and connected to manifolds and ultimately connecting to VEU (Vapor Extraction Units) by AirPro Fans and Exchanger or simply heavy-duty vacuum motors that would run continuously for a period of 2-3 years with routine testing and air sampling to extract any VOC vapors in the ground.

All extracted vapors would go through a filtration system with activated carbon which would absorb all VOC and eventually, clean air would exit. These vapor extraction motors & vacuums are built on a skid for easy transportation and placement on the gravel pad.

This is a prevalent remediation approach for removing VOC and contaminants. The entire compound area was enclosed with a chain-link fence and privacy screen mesh with accessible truck gates for future maintenance.

Nick Azartash believes that all manufacturing plants in California eventually will have to go through testing and soil profiling to make sure there are no contaminants in-ground and prevent possible pollution in groundwater as we need to keep our environment clean, healthy & safe.